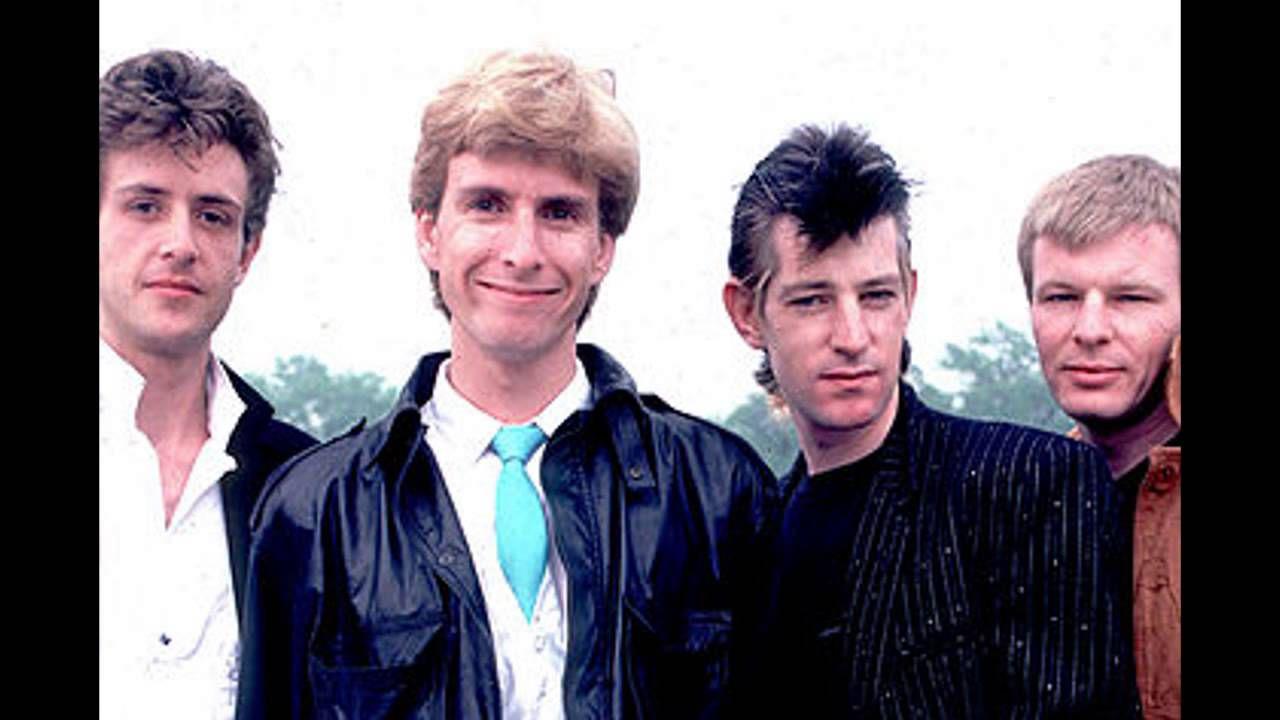 College friends Cy Curnin on vocals and Adam Woods on drums formed the group in London in 1979, initially calling themselves Portraits. The pair placed an ad for additional members, and recruited keyboardist Rupert Greenall, guitarist Tony McGrail and bassist Russell Mckenzie later to be replaced by Charlie Barrett. Portraits issued two singles for Ariola Records: "Little Women" (1979), and "Hazards In The Home" (1980).

Later in 1980, McGrail left. At this point, the band added guitarist Jamie West-Oram (formerly of Phillip Rambow's band) and changed their name to The Fix. This version of the band recorded for 101 Records, releasing their first single ("Lost Planes") in February 1981. This track, along with several live tracks issued by 101 on various compilations, received some radio exposure on the BBC. In these early days West-Oram was billed simply as "Jamie West".

The Fixx's raised profile eventually led to the group being offered a contract by MCA Records. Worried about the potential drug-user implication of the band's name, MCA insisted on a name change before signing them to the label. A compromise was reached as the band altered the spelling of their name to The Fixx, and a deal was duly inked. 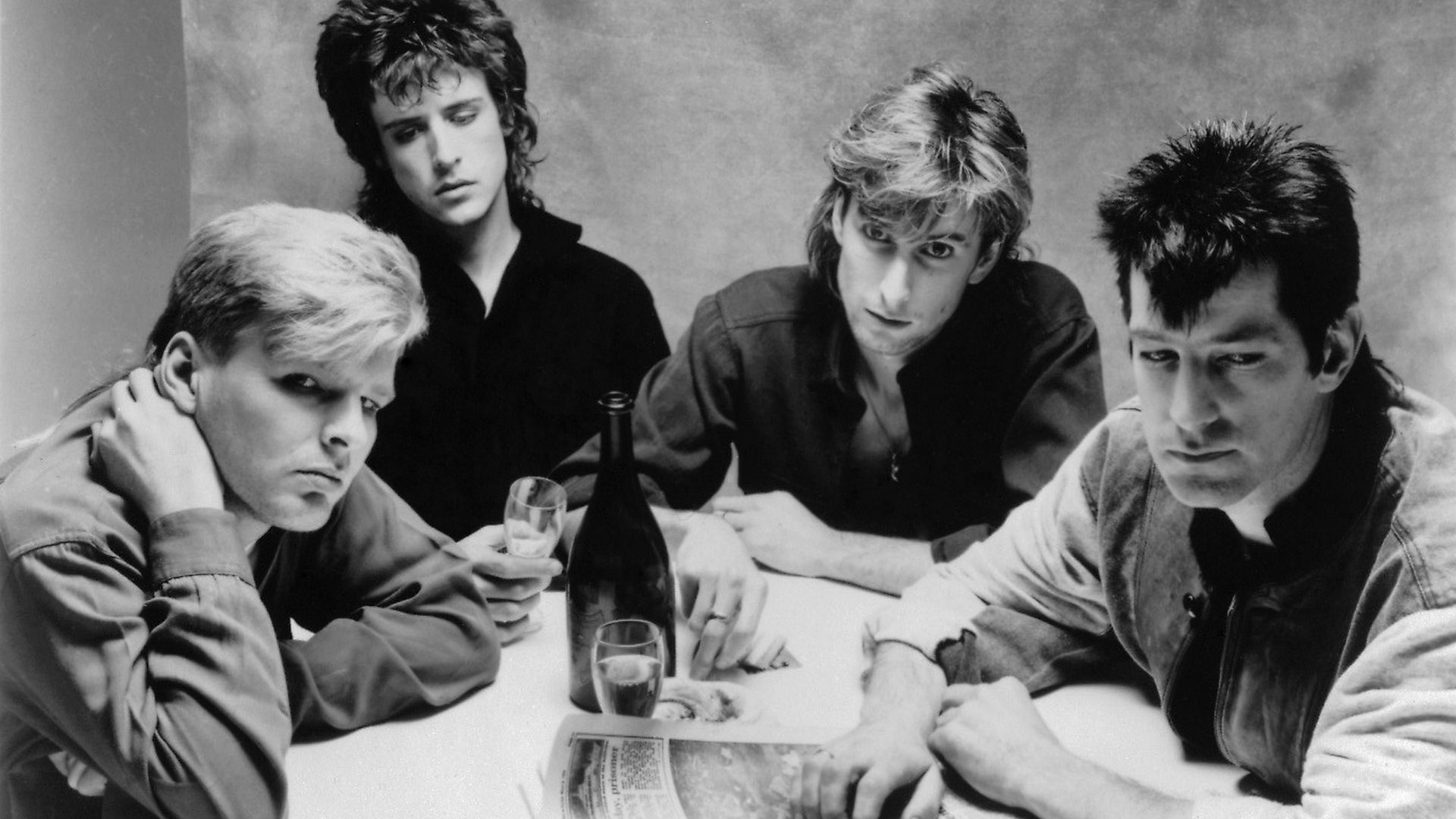 Shuttered Room was released in 1982. "Stand or Fall" and "Red Skies", both charted worldwide...and the FIXX quickly found themselves as a staple on the recently launched MTV network.

In 1983, Reach the Beach became the group's most commercially successful album to date and has since been certified double Platinum. "One Thing Leads To Another" charged up the Billboard charts (No. 1 Canada, No. 4 US), followed by "Saved By Zero" and "Sign Of Fire". It was during these sessions that bassist Dan K. Brown joined the band.

The 1984 album Phantoms produced the hits "Are We Ourselves?"and "Sunshine In The Shade." Another single, "Deeper And Deeper," written for the soundtrack of the film Streets of Fire also gained popularity and was released as the B-side of "Are We Ourselves?"

In 1985, in between tours, the Fixx recorded the song "A Letter to Both Sides" for the soundtrack of the film Fletch. In 1986 they released their fourth album Walkabout, featuring "Secret Separation" (No. 1 on Billboard Magazine's "Album Rock" chart) and "Built for the Future."

The 1987 album React, was a compilation of both live and new studio material, and in 1988 followed up with Calm Animals. This album contained another No. 1 on Billboard's "Album Rock" chart "Driven Out".

The Fixx's next studio release didn't come until 1991's Ink. The album featured the hit single "How Much Is Enough?" 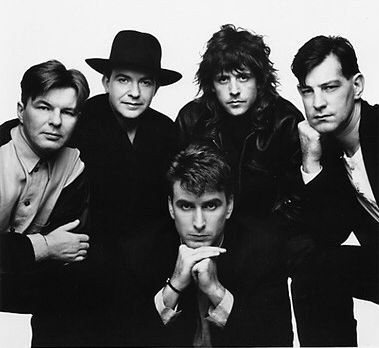 After a full decade of touring and recording, the early part of the 1990's saw the FIXX spending time with their families. It was during this decade, that the band's record label released a number of compilations and greatest hits packages including "Missing Links" (1994), "Ultimate Collection: The Fixx" (1999), 20th Century Masters - The Millenium Collection: The Best Of The Fixx (2000), "Extended Versions" (2000); "Happy Landings and Lost Tracks" (2001); "Then And Now" (2002)

The band reemerged in 1998 with Elemental which produced fan favourites "Fatal Shore" and "Two Different Views".

In 1999, the album 1011 Woodland was released where the Fixx recorded a slightly different take on a selection of previous hits and album tracks.

In 2002, the Fixx performed a version of Nancy Sinatra's classic "These Boots Were Made For Walkin'" for an album of cover songs by various artists called When Pigs Fly. 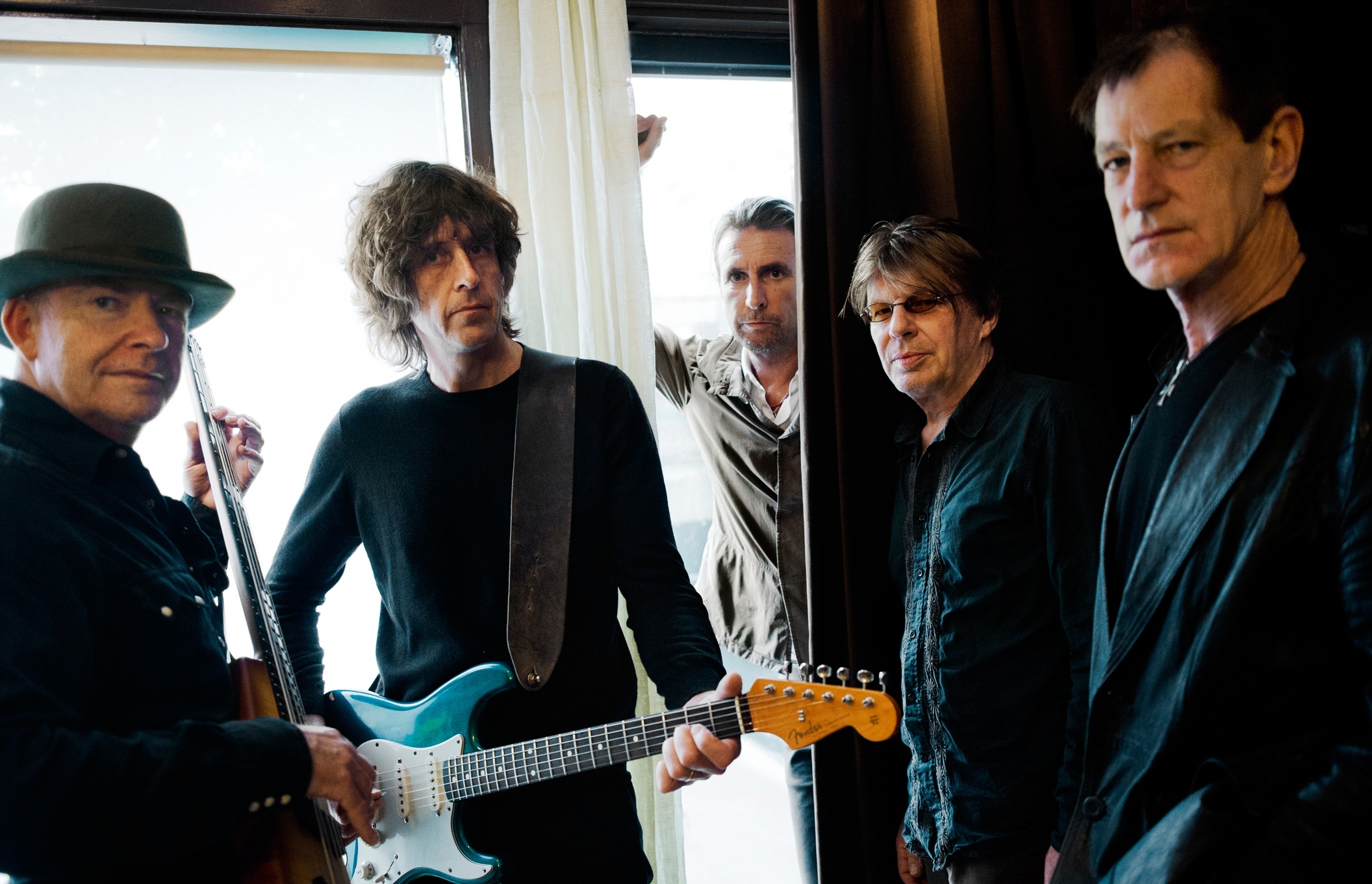 Over the next few years, the band ramped up it's touring schedule and started to play live more frequently. With a renewed attitude, the Fixx released their ninth studio album "Want That Life" in 2003. The album produced by Martin Rex included the single "Are You Satisfied".

It was also in this period that Cy Curnin began recording solo projects including "Mayfly" (2005); "The Returning Sun" (2007) and "Solar Minimum" (2009). Additionally a few more band compilations made their way out including "Stage One" its companion DVD release "Stage Two: In The Public Eye" and the career spanning "Twenty-Fifth Anniversary Anthology"

2012 started off with the band members hard at work on a new project. Bassist Dan K. Brown had rejoined the group after an extended absence, and the FIXX were once again back in the spotlight with the album "Beautiful Friction". The album marked the return of George Underwood's art (he had previously done the covers of Calm Animals, Reach The Beach and Phantoms). The album was a critical and commercial success, spawning the video "Anyone Else" as well as an appearance on ABC's Jimmy Kimmel Live!

The Fixx spent the next year on the road playing live in support of "Beautiful Friction" followed by the "All Request Tour" and the very first "FIXXmas Tour".

The following year, Cy Curnin released his most recent solo album "The Horse's Mouth" while being an active participant (along with Jamie West-Oram) in raising awareness for the Love Hope Strength Organization.

That was followed by the "Reach The Beach" tour, a visual and audio celebration of the band's multi-platinum album released back in 1983. It was the first time the band had played the entire album front to back (or back to front, depending on which show you were at) in concert.

Most recently, the band has been hitting the road quite regularly and spending in between time working on various in studio projects. Cy Curnin has been active with social media giant Facebook and has made available dozens of new tracks on the platform he's also released two new EP's in the past year "Lockdown" and "Age Of Hearts". Rupert Greenall is often in the recording studio and has released a number of side projects with various musicians. Jamie West-Oram has been spending his time working on creating music for film and television productions, and is also creating an all-new exciting musical project. Dan K. Brown occasionally appears live playing very different genres of music. Adam Woods is hard at work at the moment creating, tinkering and developing production elements for the next tour.

On November 5th, 2021, the FIXX released the all-new single "Wake Up", the first from their forthcoming studio album, "Every Five Seconds".