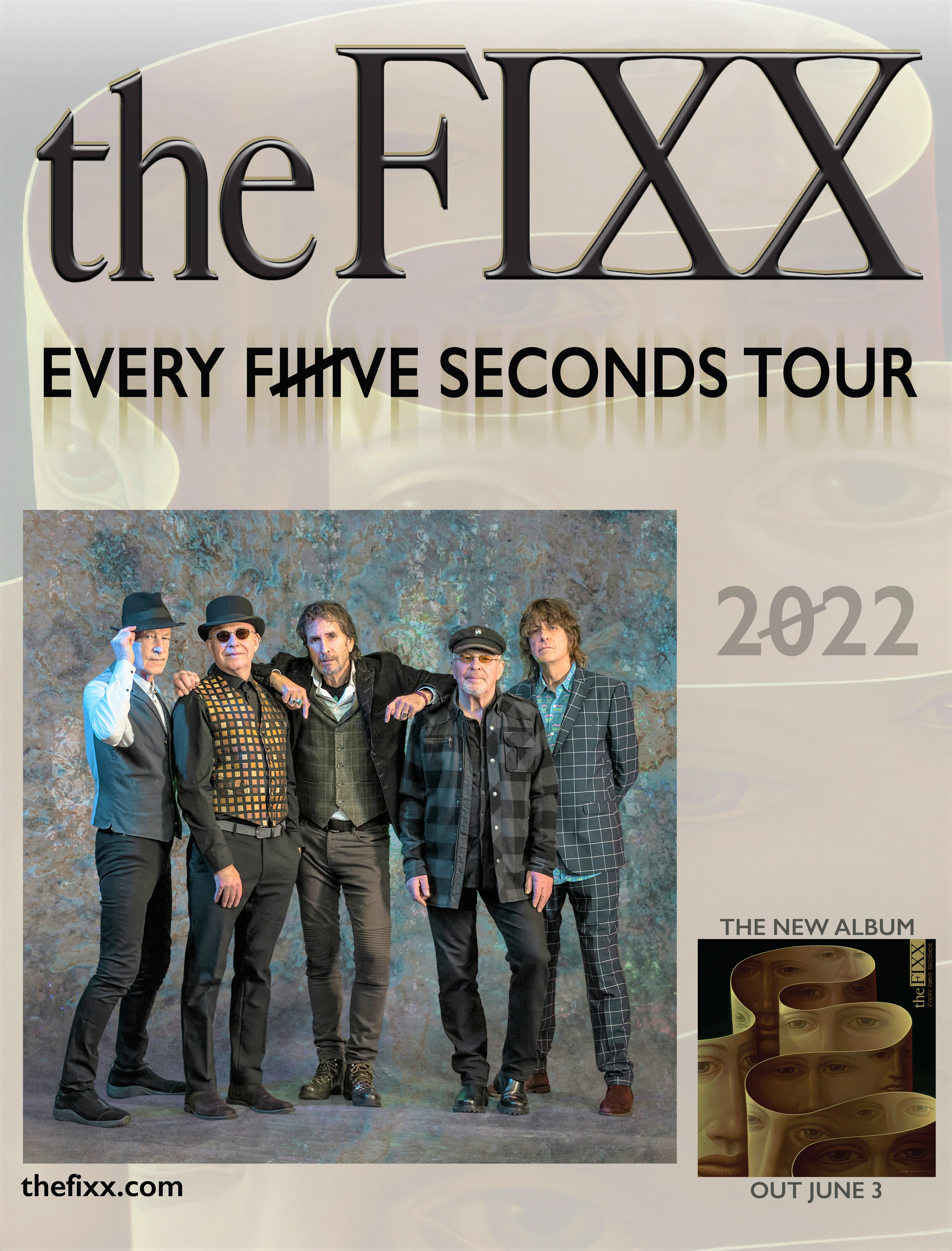 THE FIXX have announced the first leg of the "Every Five Seconds Tour 2022". Included are makeup dates in Denver, Tucson and Albuquerque from the dates last autumn. Tickets on sale everywhere Friday, March 25th at 8:00am PDT. Slim Jim Phantom will join the California dates as a special guest.

EVERY FIVE SECONDS is due out June 3rd via BFD/The Orchard. The album is produced by Stephen W Tayler for Chimera Arts (Kate Bush, Stevie Nicks, Peter Gabriel) and mastered by Alex Wharton (Paul McCartney, My Bloody Valentine, The Chemical Brothers) at Abbey Road Studios in London. Of the new album, their first in nearly a decade, lead singer Cy Curnin commented, “Life can either be a series of broken obsessive thoughts or it can be a wonderful mosaic of moments. EVERY FIVE SECONDS reflects this human paradox. The constant struggle between betterment and bewilderment.”

THE FIXX has been often heralded as one of the most innovative bands to come out of the MTV era. Instantly recognizable, The FIXX sound is unmistakably unique and stands out among the thousands of artists filling the airwaves. Songs such as One Thing Leads To Another, Red Skies and Saved By Zero remain everyday staples in television, film and on radio stations that continue to break new acts inspired by the era that THE FIXX helped to define. THE FIXX were then, and still are now; Cy Curnin on vocals, Rupert Greenall on keyboards, Jamie West-Oram on guitar, Adam Woods on drums, and bassist Dan K. Brown